We knew that Snetterton was alway going to be a tough weekend.

It’s a circuit that doesn’t suit our car with three first gear corners and the added fact that the balance of performance rules meant we had to run restricted turbo boost which proved costly as we were classified last or second last in all the speed traps!

However praise must go to all the team and our engineer, Richard who set up a beautiful car to drive, and so despite our nearly 5mph deficit down the straights the car was epic in the fast corners allowing Seb to qualify 4th and me to qualify 3rd…a very welcome surprise!

So to race one where I was to start 3rd on the grid, we knew this would be a tough race as we had to add the 10sec success penalty from Rockingham to our pit stop, so the aim was to try and lasso myself on to the back of the ridiculously fast Lamborghini and try to build a gap to the rest of the field. At the start I jumped the second Lamborghini and set about hanging on to the #33 Lamborghini, this worked well and I was able to bring the car into the pits after 30 minutes in 3rd, 7 seconds clear of the following pack, A great pit stop saw Seb rejoin in 4th and we were happy to cross the line in that position!….sadly it was deemed our pit stop was 0.1 too short and we were given a 30sec penalty dropping us to 7th…a very harsh blow considering a near perfect strategy! 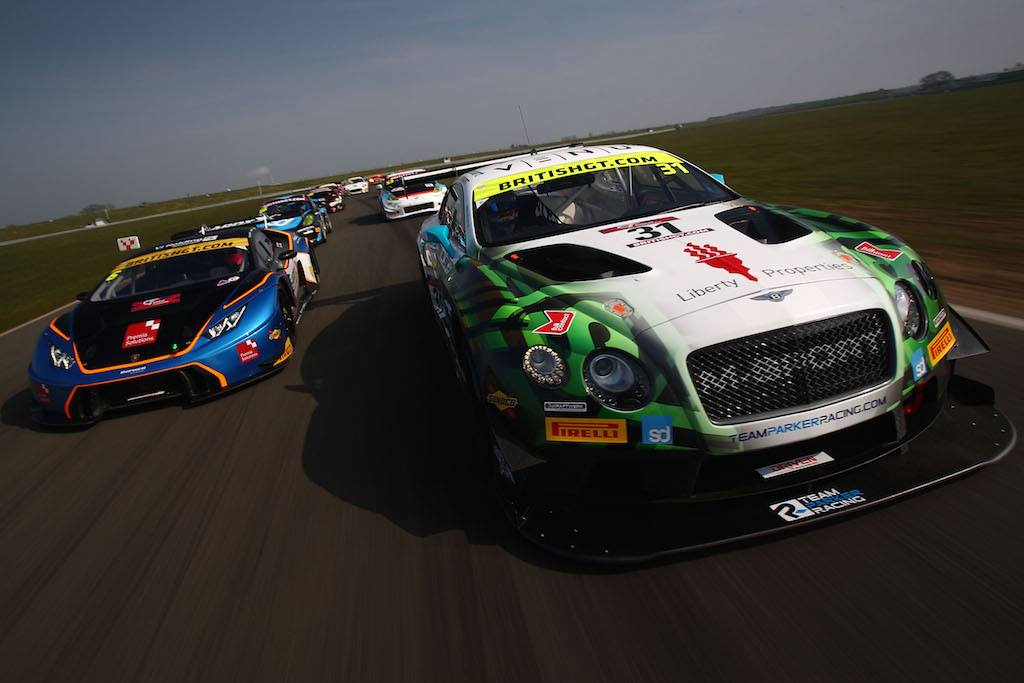 Race two saw Seb start from 4th position against some of the best Gt drivers in the world, as the field accelerated the Tordoff Lamborghini seemingly braked forcing Seb to react  try to avoid and whist doing this he made contact with the unsighted Ferrari of Matt Griffin, as a result Seb dropped back to 2nd last and we pitted from 7th, the team then decided to give me the best shot with the last twenty minutes to salvage a result and I resumed with a new set of tyres, fortunately for us a safety car was deployed during our pit stop allowing me to rejoin at the back of the pack with all the front runners within sight…it was now a simple sprint to the end and I was ready for a fight…as the safety car pulled in I launched my car past the GT4 McLaren infront of me and set about chasing the Team Abba Mercedes, I realised quickly that we simply didn’t have straight line speed but our car was amazing in the fast corners and under braking and this played to my advantage as I quickly dispstched the Mercedes and had the Duncan Cameron Ferrari in my sights. The Ferrari was immensely fast on the straight however a late dive into the turn two hairpin put me up to 4th. We were flying. Next up was the Mark Farmer Aston Martin lying in 3rd, I pushed and pushed knowing there was only 10 minutes left and was soon on his tail, however he was playing a canny game defending into the corners and using the Aston Martin superior power and traction to pull vital space following each tight corner and straits, space I would immeadiatly pull back through the fast corners and under braking,…2minutes left and I just could’nt get close enough to make a strategic move because of the lack of straight line speed, it was going to have to be a calculated lunge…. And so it was that I threw the Bentley down the inside into the second hairpin,…and cheers went off in the garage but sadly I was simply too late on the brakes and overshot slightly allowing the Aston to regain the position, I crossed the line 0.1seconds behind but was happy that I could have done no more and we would move on to one of our best circuits Silverstone with no time penalty.

We are currently still second in the championship and all is to play for. I look forward to you joining us for the ride!