Reigning British GT4 Champion Rick Parfitt Jnr made his return to the British GT Championship at Oulton Park this weekend. Joined by new for 2014 teammate Tom Oliphant, Rick showed that he had the speed required to put him in the best position to retain his title right from the start.

Parfitt put in a blistering lap time on lap four of Saturday’s first qualifying session putting his Ginetta G55 GT4 on the second spot of the grid for race one. Handing the car over to Tom Oliphant for the second qualifying session, he set a time that would be good enough to start race two in sixth place.

Having taken part in the first qualifying session of two, it was Parfitt that would start race one.  A solid start allowed Rick to maintain his second position right behind the Aston Martin of Ross Wylie. Despite the Wylie’s BRDC Rising Star status, Parfitt continued to hassle the leader while setting the pace in the early stages of the race as the fastest GT4 car on track. Deciding to sit tight for the next few laps and continue to push Wylie into using up his tyres, Parfitt maintained a steady gap but just as Rick made the decision to make his move towards the front of the pack, closing the gap to 0.215 seconds, a fuel pump issue forced him to pull off at Clay Hill and unfortunately retire from the race.

Full of confidence and eager to make up for lost ground in race one, Parfitt was due to take over the Flat Pack Furniture Direct car at the mid point of race two for the closing stint. Luck however was not on his side this weekend, fellow teammate Tom Oliphant had an off into the barriers at the Old Hall corner while chasing down third place forcing the car into retirement.

After race two, Rick commented on a disappointing but positive weekend:

“The first race went really well up to a point, it was an absolute text book plan, I sat behind the Aston waiting for him to use his tyres. Ross is a great driver and he was defending very very cleverly and around Oulton there aren’t very many places to pass so he knew where to put the car. It was the end of the stint and his tyres were starting to go off which is exactly what I wanted to play into my hands. I tried to force him to make a mistake as I clearly had the pace and I was getting closer and closer. Unfortunately as I was just about to challenge for the lead the fuel pump failed, the car stopped and I had to retire it from the race. Second race Tom made a cracking start but I think he had problems with the handling of the car and he was struggling. Nonetheless he made it up to fourth and was reeling in third, I think he had a big moment at turn one and unfortunately put it in the barrier. It’s disappointing to come away with no points but we will be back and the good thing to take from it is that we absolutely have winning pace and now we just need to make no mistakes.” 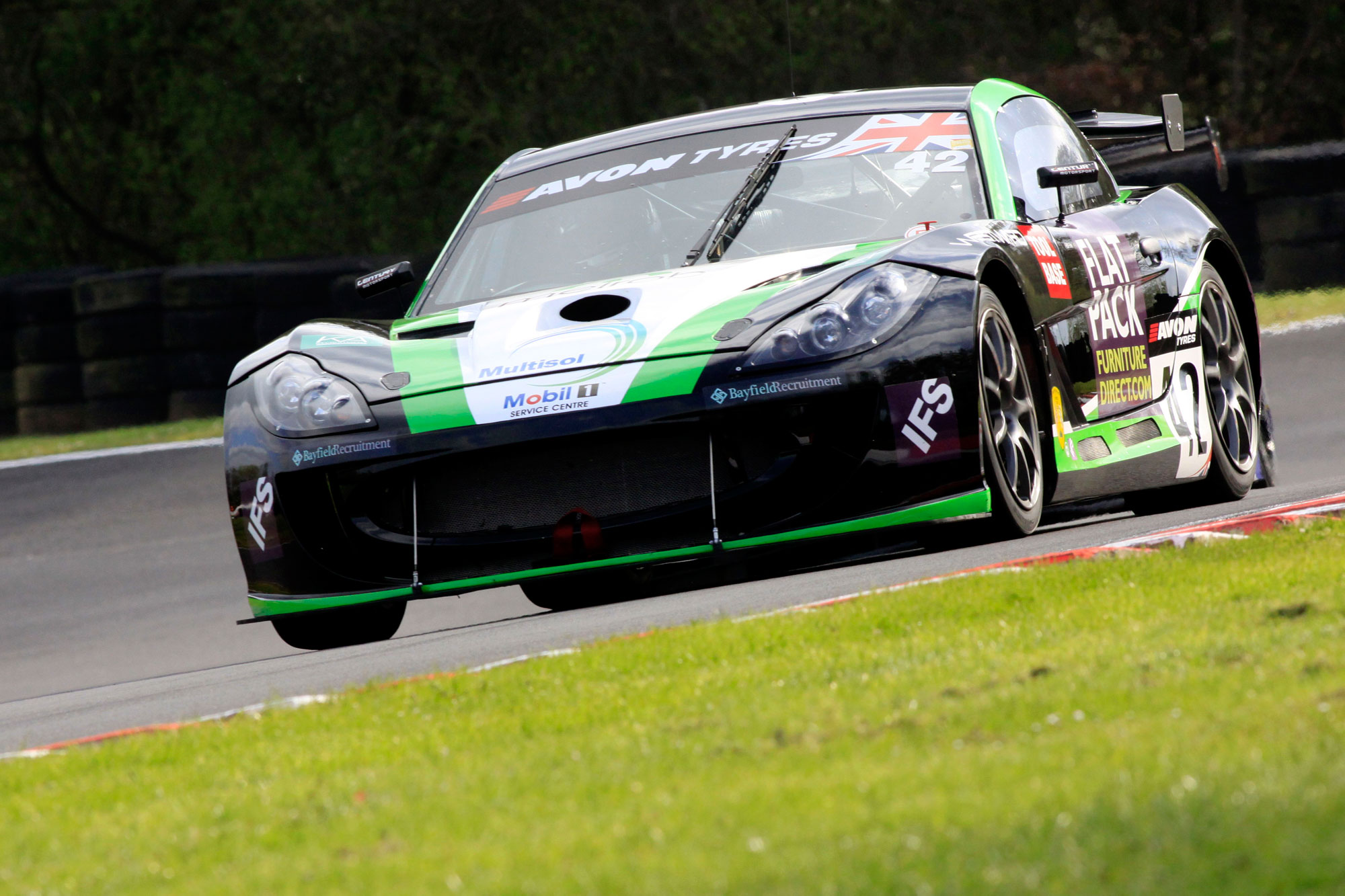